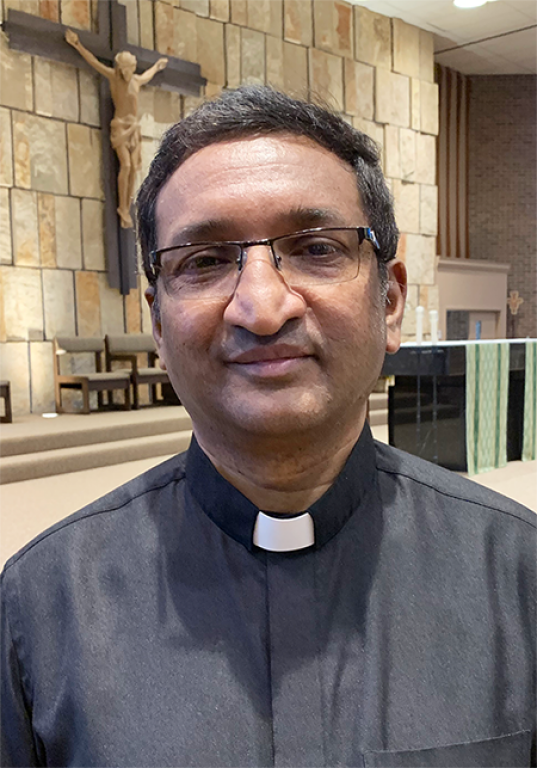 Our life is centered around the Mass and supported by Bible study groups, prayer groups, and a wide variety of ministries, devotions and activities serving families, single people, children, young adults and senior citizens.

We strive to be a place were people encounter Christ, are transformed by Christ and accept Christ's commission to spread the Gospel.

As baptized Christians, we are evangelical and share Christ with others. As Roman Catholics, we are apostolic in carrying on and sharing the Gospel message entrusted to the Apostles and his Church by Jesus Christ. We are part of the Roman Catholic Archdiocese of Milwaukee, and carry on the legacy of one of the oldest parishes in the archdiocese.

We are blessed with strong participation, excellent preaching and outstanding singing in our Masses. Our pastoral administator, Fr. Adam Fernandez Hirudayasamy, SMA – the 17th in the history of our congregation, is supported in liturgies by Deacon Jose Gonzales and Deacon Kurt Peot. Fr. Adam, a member of the Society of Missionaries to Africa, replaced the retired Fr. Dennis Wieland on July 16, 2021.

Approximately 900 households are registered with the parish, and more than 200 students attend our day school in grades K3 through 8. Hundreds more children, young people and adults learn more about their Catholic faith through our Catholic Formation program.

"One of the best parishes I have ever belonged to." – Andrea S. 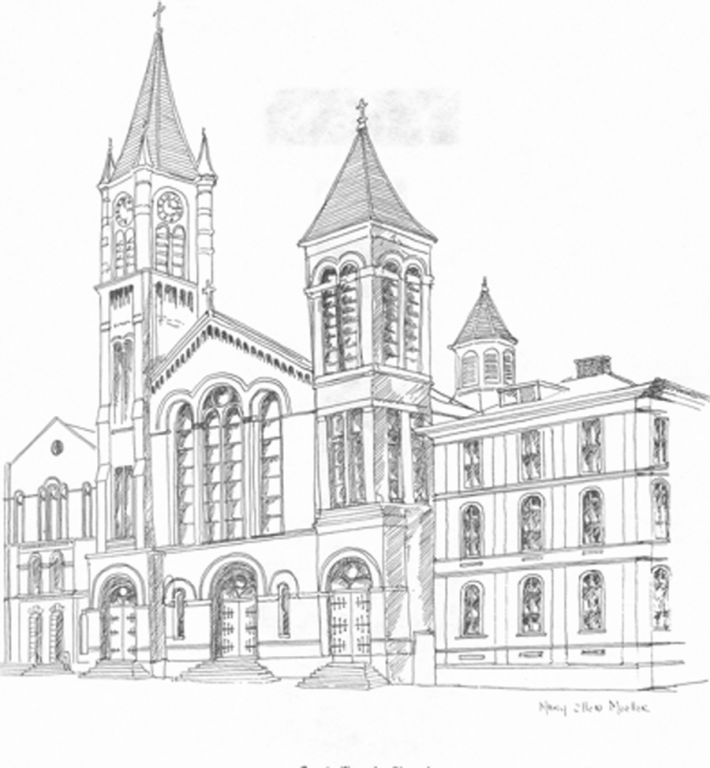 Our congregation has been in Wauwatosa since the 1960s, but was created in 1855, when a new parish was created to serve Milwaukee's rapidly growing German Catholic population of that era - in what then was the "west side" of the city. Our parish was the fourth in the archdiocese – after the cathedral, Old St. Mary's, and Holy Trinity (now Our Lady of Guadalupe/St. Patrick.)

We moved from that location at 11th and Cherry in Milwaukee when that land was acquired by Milwaukee County for construction of Interstate 43. (As you drive north on I-43 downtown, when you see the Leinenkugel's Brewery on the right, you are passing over the site of the original St. Joseph.) The bells in our bell tower are from the Cherry Street church, as are several other items, including the ornate baptistry seen in the current church narthex. The original church had four bells, but one was never found after the Cherry Street church was razed.

Alioto’s Restaurant on Mayfair Road was the location of the first Masses for St. Joseph Congregation in Wauwatosa after the original church was razed. Beginning in November 1962, the congregation of 475 families attended Masses in the Banquet Room of the restaurant. Once the new school building was completed in 1964, Masses were celebrated in what is now known at the Parish Hall, then moved to the current church building when its construction was completed in 1970.

The original relics in Old St. Joseph's, which are now in a reliquary in the pastor's office, were those of St. Peregrine of Auxerre (martyr) and St. Odilia (virgin and martyr). Both saints likely met their deaths during the persecution of Diocletian (ca. 303).

The relics in the altar in the new church are those of St. Theophila (from Nicomedia, in present-day Turkey) and St. Engratia (from present-day Spain). Both were also martyrs, and like the parish's original relics, both of these "new" saints also died during Diocletian's persecution.

We welcome you to join us! We are "Faith on Center."

"My daughter, daughter-in-law, and I attended 10:30 Mass at St. Joe's on Sunday, July 11, 2021. We were visiting in Tosa for the weekend. What a gift your parish community gave us! We are all part of a vibrant and faith-filled parish community in Green Bay (St. Matthew Parish in Allouez.) We are used to a community that sings and worships with energy and enthusiasm so from the beginning of Mass we took quick note of the full participation of your worship community. As Mass went on, the Spirit continued to fill the congregation. We were blown away and walked out of Mass on fire! Thank you, thank you, thank you all for praying the Mass and sharing the Eucharist as is befitting the miracle it is. May God continue to bless the St. Joseph Parish Community." 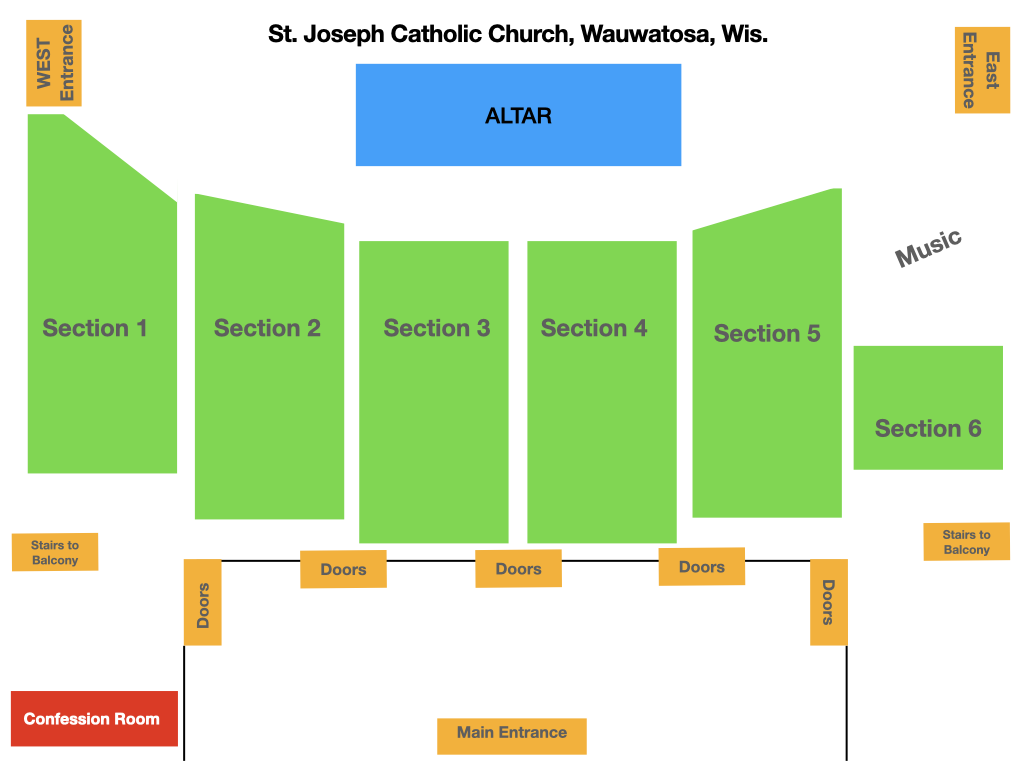